In Association with Valery Larson 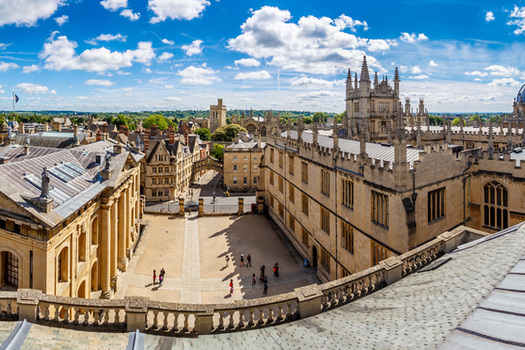 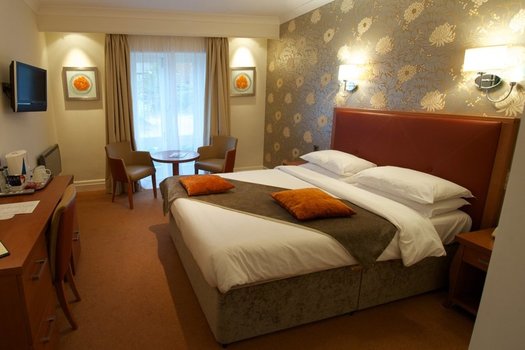 In Association with Valery Larson

Enhance your painting and photography skills as you travel around one of England's most beautiful cities. You will be accompanied by renowned artist Valery Larson who will offer tips and advice to help improve your pictures.

Valery studied classical realism and illustration at Atelier Lack in Minneaplis, MN and oil painting at the Art Academy in St. Paul, MN. She has worked as an art and illustration instructor for children and adults, and has also worked as an illustrator in the United States and the Middle East. Her favorite mediums are water color and pen and ink, with some help from the computer.

Arriving into Heathrow Airport you will be transferred with the group to Hawkwell House Hotel in the outskirts of Oxford.

A welcome dinner will be provided at hotel this evening.

Board the coach at the hotel after breakfast and travel into Oxford for your Lewis Carroll’s Oxford walking tour plus general introduction to the city. Lasting around 2 hours with entrance to some Oxford colleges, this will prove to be a fascinating start to your tour and a valuable insight to the history of the city.

Your tour will end at the Ashmolean Museum where you can then explore the extensive art collection housed here for inspiration and have lunch under your own steam.

After lunch the afternoon is free to enjoy painting, sketching, photography and sightseeing. The coach will collect you in the later evening and return you to the hotel for dinner.

After breakfast the coach will take you into Oxford for the whole day, enabling you to paint, sketch, photograph and sightsee at your leisure. You will be able to purchase dinner in Oxford under your own steam before the coach will collect you in the later evening and return you to the hotel.

After breakfast at the hotel you will be able to take part in a Watercolour Demonstration led by Valery Larson. This is the chance to hone your skills and pick up some useful tips from an expert.

You will then be taken into Oxford before lunch to allow you some free time for lunch and the afternoon free for painting. The coach will not collect you until around 8.30 pm this evening, to allow you time to find dinner in the city under your own steam.

After breakfast this morning the coach will take you into Oxford for the whole day and collect you in the early evening and return you to the hotel for dinner.

This morning the coach will take you further afield after breakfast, taking you first to the atmospheric Cotswold village of Broadway, often referred to as the 'Jewel of the Cotswolds' due to its sheer beauty and magnificence. Many well known characters have spent time in Broadway drawing inspiration from its beauty and location including Oscar Wilde, Claude Monet, Edwin Abbey, John Singer-Sargent, William Morris and Edward Elgar. The village is nestled at the foot of Fish Hill (where apparently monks used to store fish and the 18th century ‘Fish Inn’ once stood).

Broadway Tower (sometimes also referred to as Beacon or Fish Inn Tower) is 65ft high and stands atop the hill overlooking the village. A much loved retreat for the Arts and Crafts Movement founder William Morris, this marvellous folly was built by the sixth Earl of Coventry’s family in the late 18th century, and on a clear day you can see no fewer than 14 counties from the top of it. As part of an extensive country estate (which also houses an animal park), it lies close to an Anglo-Saxon cemetery, where eight graves complete with knives, spears, beads and brooches were excavated in 1954. You might wish to position yourself at the base of the tower in order to capture it in all its glory. We have included entrance fees to the tower should you wish to climb to the top to paint the panoramic views from this amazing vantage point.

The full extent of Broadway's majesty is its wide street lined with a delightful mix of Tudor, Stuart and Georgian buildings. The village has one of the longest High Streets in England. As an alternative you may wish to capture the scenes of life on the streets.

After spending the morning at Broadway, with time for you to purchase lunch, we then travel on to perhaps the most iconic Cotswold village of Bourton on the Water. Bourton straddles the river Windrush with its series of elegant low bridges beside neat tree-shaded greens and tidy stone banks. Standing back from the river are traditional Cotswolds buildings, many of which are now tourist shops for the day-trippers and visitors. Bourton-on-the-Water has been described as the 'Little Venice' of the Cotswolds and is one of the most popular tourist spots in the region for visitors.

After this visit the coach will return you to the hotel for dinner.

After breakfast this morning the coach will take you into Oxford for the whole day and collect you in the early evening and return you to the hotel for dinner.

After breakfast at the hotel this morning we travel to one of the most impressive stately homes in England- Blenheim Palace. It is the principal residence of the Dukes of Marlborough, and the only non-royal non-episcopal country house in England to hold the title of palace. Blenheim Palace is a World Heritage Site often referred to as Britain’s greatest palace, and the birthplace of Sir Winston Churchill. A walker’s paradise, the grounds of Blenheim include a great lake, beautiful formal gardens and plenty off-the-beaten track rambles. You may even stumble upon the Temple of Diana, where Churchill proposed to his future wife Clementine.

Your ticket will allow you entrance to the house if you wish, or you might wish to use your time to try your hand at drawing, painting or photographing the exterior of the palace or capturing the beautiful 2,000 acres of Capability Brown landscaped parklands.

If stately homes do not interest you, the charming Cotswold village of Woodstock is just a few minutes walk from the Palace.Visitors to Woodstock get to enjoy not only the amenities of a bustling town, but also the beauty of the historic buildings lining the streets.

Woodstock town is a collection of easy-to-explore historic, honey-coloured streets as lovely as any found in the Cotswolds. Wander in and out of interesting boutiques, unique art galleries and antique shops. The Oxfordshire Museum in the heart of town tells the story of the ancient county. No matter how you chose to spend your morning, the coach will collect you after lunch and take you for one final time into Oxford. You may wish to spend the afternoon completing one final painting, or exploring the many attractions the city has to offer. You may just wish to use this time to do some souvenir shopping.

The coach will return you to the hotel later in the day and you will meet up again with the group for a farewell dinner at the hotel.

After breakfast at the hotel you will be transferred to the airport in a group for your return flights.

When you are booking your return flights please note that it would be most convenient for you to book a flight departing in the afternoon. If you would prefer a private transfer this can be arranged for an additional charge.

Comprising two magnificent manor houses dating back to the 19th century, Hawkwell blends tranquility with contemporary elegance making it the perfect venue for a stay in the Oxford area. With new refurbished reception, bar, lounge and event space, Hawkwell House offers the chance to relax and unwind. Located in the quaint village of Iffley, just 2 miles from the historic city of Oxford and just a stone's throw from the river Thames. Situated in 3 acres of private gardens, Hawkwell offers historical character along with contemporary designs, the hotel's bedrooms have been carefully designed to offer space and comfort.