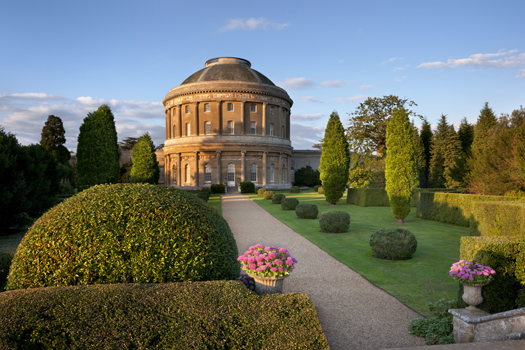 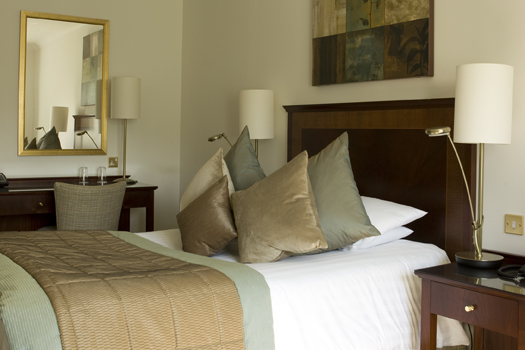 A defining period of British history and culture; for the first time Scotland, Wales and England were united under one monarch, the Jacobean era left its indelible mark on many of England’s historic houses. Developed towards the end of the 16th century and the first half of the 17th century, the Jacobean style can be characterized by flamboyant design and extravagant detailing both inside and out. From the unique architectural style of Ickworth to the sumptuous interiors of Blickling Hall, we discover the homes of Britain’s aristocracy while also exploring the historic cities of Cambridge and Norwich, which flourished during this period.

On arrival at Heathrow airport, a private transfer will take you to our overnight hotel, the Audleys Wood Hotel. In the evening, join the group for a welcome drink, followed by dinner.

This morning we head to the historic city of Cambridge. Renowned for its world-famous university, the city is home to many architectural wonders and landmarks that we have the chance to discover as part of a guided walking tour. From the punter-clad River Cam to the majestic college buildings such as King’s College Chapel, we explore the many sights of this fascinating city before enjoying lunch together at a restaurant in Cambridge.

We continue on to the stunning Ickworth Hotel on the Ickworth Estate, a magnificent National Trust property and our base for the next five nights.

Today is spent exploring the house, gardens and museum of the Sandringham Estate, the country retreat of Her Majesty the Queen. Built in 1870, Sandringham has been the private home of four generations of British monarchs. The interiors are home to many astonishing exhibits such as a historic collection of arms and armor brought back from the Far East and India in 1876, while the walls are hung with family portraits by leading contemporary court painters. The mostly informal gardens include woodland walks, rockeries, magnificent sweeping lawns, lakes and streams and the more formal North Garden. The museum, housed in the former coach houses and stable block, holds extraordinary collections of royal vehicles, rare ceramics, photographs and memorabilia. After our visit, we enjoy high tea.

After dinner back at the hotel this evening, we enjoy a fascinating talk by a guest speaker.

Our first stop is Cromer, a classic seaside resort on the north Norfolk coast famous for its tasty crabs and boasting wide open beaches and a traditional pier. The town also has a range of small independent shops, art galleries and cafés to enjoy.

Set at the heart of a magnificent garden and historic park, our next stop is Blickling Hall, one of the country’s finest Jacobean houses and once home to the Boleyn family. We enjoy a wonderful guided garden tour to experience the grounds of the house, where the formal garden is the culmination of three centuries of landscaping and planting.

We then enjoy a trip to Norwich, home to some impressive period buildings, including the historic cathedral, a magnificent structure that befitted Norwich’s 12th-century status as England’s second city and one of the finest examples of Romanesque architecture in Europe.

We start the day exploring Ickworth House itself in more detail with a guided tour. This Neo-classical mansion is most notable for its enormous central Rotunda commissioned by the 4th Earl of Bristol to house his priceless treasures. The impressive Italianate garden mirrors the house architecture, with box hedges and Mediterranean planting plus a Victorian stumpery filled with shade-loving ferns.

Next is Oxburgh Hall with its picturesque moat complete with swans. This romantic house has been home to the Catholic Bedingfield family since the 15th century. We discover the secret priest’s hole as well as the intricate embroidery crafted by Mary Queen of Scots while she was in the custody of the Earl of Shrewsbury. Other fascinating features include the Catholic High Victorian interiors – some of the best remaining examples in Britain.

Today we roam the Suffolk countryside with a Blue Badge guide to discover the locations immortalized by John Constable’s most famous paintings; created around the hamlet of Flatford in the heart of beautiful Dedham Vale.

We then pay a visit to picturesque Lavenham, a remarkably well-preserved Tudor village in Suffolk. The woollen-cloth industry turned the town into one of the richest in the country during the 15th century, with the church of St Peter and Paul built from the proceeds of local industry. Next, we enjoy an introductory talk before we take in the magnificence of the National Trust’s Guildhall of Corpus Christi – a potent reminder of Lavenham’s former prosperity. Afterwards, there are plenty of small shops and quirky tearooms to visit.

Today we travel to Hatfield House, home of the 7th Marquess and Marchioness of Salisbury and their family. The estate has been in the Cecil family, one of England’s foremost political families, for 400 years. The house was completed in 1611 by Robert Cecil, 1st Earl of Salisbury and superb examples of Jacobean craftsmanship can be seen throughout such as the Grand Staircase with its elaborate carving and the rare stained glass window in the private chapel. The State Rooms are rich in paintings, fine furniture and tapestries and we learn more on our exclusive, out-of-hours Champagne guided tour.

Hatfield has a prolific resumé as a filming location and has been featured in numerous high-profile TV and film productions such as The Crown, Rebecca, Anna Karenina and Harry Potter and the Deathly Hallows – Part 2. If we’re fortunate, there may even be the chance to see Hatfield as a working set if a new production is filming during our visit, although this is not guaranteed.

We continue on to The Vyne, a splendid Tudor red-brick mansion set in 13 acres of attractive gardens. It was built for King Henry VIII’s Lord Chamberlain before becoming the Chute family home for over 300 years.

After our visit, we travel back to the Audleys Wood Hotel, where we enjoy a farewell dinner together.

*supplement applies for transfers from all other airports

Nights One and Seven - Audleys Wood Hotel, Basingstoke
A grand Victorian manor house originally built as a private home, Audleys Wood Hotel is surrounded by lush woodlands and seven acres of private grounds on the edge of Basingstoke in the beautiful Hampshire countryside. The hotel has many period features and all bedrooms have been refurbished and offer a mixture of both modern and traditional features.

Nights Two to Six - Ickworth Hotel, near Bury St Edmunds
Set in the East Wing of the National Trust’s historic Ickworth House, the Ickworth Hotel is a luxury country house hotel that enjoys some spectacular views across the grounds of the estate. Each room is uniquely decorated, while the hotel features a spa with an indoor swimming pool to relax in.